NOBODY loves guns more than I do.

But let’s make something abundantly clear…

The NRA leadership simply does NOT give a rat’s ass about you being shot to death. in fact, events like Orlando, Sandy Hook, the shooting down the street…

That’s good for their business because if EVERYONE was packing a pistol then none of this would happen, right?

“I fail to see how the NRA can disregard the overwhelming will of its members who see background checks as reasonable,” Adolphus Busch IV, the heir to the Anheuser-Busch beer fortune, wrote when he resigned from the NRA. “The NRA I see today has undermined the values upon which it was established. Your current strategic focus clearly places priority on the needs of gun and ammunition manufacturers while disregarding the opinions of your 4 million individual members. One only has to look at the makeup of the 75-member board of directors, dominated by manufacturing interests, to confirm my point. The NRA appears to have evolved into the lobby for gun and ammunition manufacturers rather than gun owners.”

And he’s right. The NRA’s history and the beliefs of most of his members are on his side.

When the US passed the National Firearms Act of 1934, the NRA president Karl Frederick testified in favor of the bill saying “I have never believed in the general practice of carrying weapons. I seldom carry one. … I do not believe in the general promiscuous toting of guns. I think it should be sharply restricted and only under licenses.”

There was a hell of a turnaround in the late 70’s when the NRA morphed from a sportsman’s group to a lobbying group. With that shift, they also became more flush with cash through not only the direct million dollar donations from ammunition manufacturers and firearm producers but some other sneaky thing like, well, convincing gun shops to round up the price and donate the extra few dollars back to the NRA.

So look at the raw stats:

84% of gun-owners and 74% of NRA members (vs. 90% of nongun-owners) support requiring a universal background-check system for all gun sales

76% of gun-owners and 62% of NRA members (vs. 83% of nongun-owners) support prohibiting gun ownership for 10 years after a person has been convicted of violating a domestic-violence restraining order

71% of gun-owners and 70% of NRA members (vs. 78% of nongun-owners) supported requiring a mandatory minimum sentence of 2 years in prison for a person convicted of selling a gun to someone who cannot legally have a gun

But the NRA, as a lobbying group, fights these measures.

It’s why anyone in town can walk into a gun show and purchase a firearm from a private individual without undergoing a back ground check.

It’s why the FBI is required to instantly approve or disapprove a firearm transaction made through a licensed dealer. If the FBI can’t wade through your history in 3 days you automatically get to make the purchase. If the transaction turns out to be a bad idea, the FBI tells the ATF to go find the buyer and get the gun back.

They run about 225 million background checks a year and deny around 375,000 applications.

But the NRA is going to keep things loose and they can bully and bribe your legislators around because they have the cash to do so.

We have more than 500 accidental deaths by firarm a year.

What about self defense, right?

A gun is pulled in self defense less than 1% of the time a violent crime is committed.

But, geezus, something really needs to be done to tighten things up. 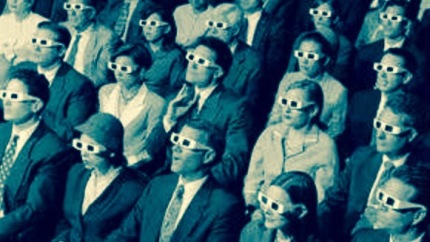 DEAR ABBY: I am in a happy relationship with a wonderful man. Our life is great together and I wouldn’t want it any other way. I have one issue, however.

I don’t know if I’m making too much out of this, or if there are other women out there who are in the same situation.

Only if you want to be badgered into performing such acts in real life.

So what’s my advice? Shut up and don’t share shit with him but send me the links to what you are watching.